Bigotry Gets A Standing Ovation

a north carolina pastor wants to put gays behind a electirc fense,so that way they wont be able to be around us and they will eventually die out cause they cant reproduce. this sounds like something hitler would say at one of his speeches. its amazing what religion will make people do. or to be more honest,its amazing what people will do to suck up to god and get into heaven. im going to put this pastor on my enemys list. right next to glenn beck and the assholes who refuse to cancel the simpsons. its funny that this pastor would say something like this. most christian are going to say these anti gya people are nuts. atheists will tell you there nuts. honestly these boobs have less support then my girlfriends tits when she doesnt wear a bra. am i th eonly one who thinks this pastor is probley gay? i wouldnt be shocked. if only we could find a gay man who hates himself enough to put the moves on this pastor and see if he reveals his true nature.
Posted by 1metallica1 at 4:09 AM No comments:

seems the whole idea of religion making people more moral is crap. that cant be true,everyo one knows religion makes people more moral. who ever heard of a believer who was a complete asshole? not i. so im guessing this article must have been writtin by some of my fellow devil worshipping crazy evil atheists. or maybe,heres a thought,religion is filled with so much nonsense,the bible filled with so much hate towards others like gays,that it creates a very hateful view of people. makes sense to me. now we just need a study that proves religion leads to a crappy taste in music like christian rock.
Posted by 1metallica1 at 1:37 PM No comments:

i recently saw a commerical for a site called respect women.ca then i later on in the day i saw some cars drive down the road with some stickers on it that said the same thing. i started to think more about it and after a while i thought,what about men? how come theres no site abotu respecting men? or commerical? why is it women are always seen as victums of the evil man? are you tellign me men dont get hit by women,are verbaly abused? i dont get it,why is onkly attention givin to females? its acting like men are never the victum in itself sexist? my nephew just broke up with his girlfriend a while ago because she always insulted him and hit him alot in front of his friends. so im not sure i really understand.
Posted by 1metallica1 at 4:59 AM 1 comment: 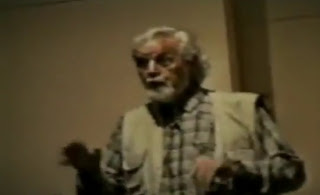 so someone has claimed to have found the blood of jesus. how do you tell its jesus blood. im no experct in these matters,but in order to tell what blood belongs to who,dont you need other blood to compare it to? how does he know its the blood of jesus? did it turn water into wine? instead of testing this blood,perhaps he should have tests done on his head.
Posted by 1metallica1 at 9:08 AM No comments:

i came across this video http://www.youtube.com/watch?v=cbvDwHLDAjI&feature=g-user-u.

so it seems that bristol palin goes on some rant about gay marriage. now i know what your thinking,what the hell kind of a name is bristle palin? sounds like the name of a type of bottled water. BRISTOL LIGHT. i really find it odd that those who are agansit gay marriage even try to ban it. even most believers these days tend to be find with it,then theres atheists like me we are fine with it. your anti gay views are never gonna be excepted worldwide.
Posted by 1metallica1 at 8:33 AM No comments:

if you love videos games as fuck as i do,you may have heard this. SEGA is making urinal games. yeah games you play with when you piss. i shit you not. now if only they could find a way to combine playing video games and getting drunk at the same time. you would get caugth in some sort of infinate loop. play the video game where you get drunk,then run t the bathroom to play the video where you gotta take a piss,then when your bladder is empty,you go for the drunk game again,and it just goes on and on.

heres a video giving more details on it.
Posted by 1metallica1 at 6:31 AM No comments: 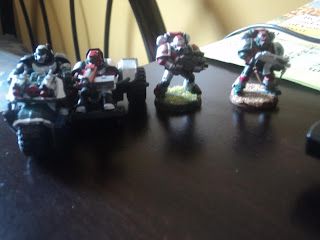 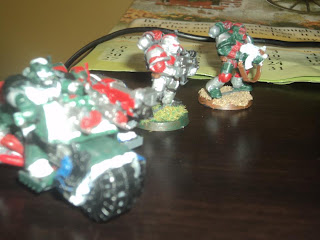 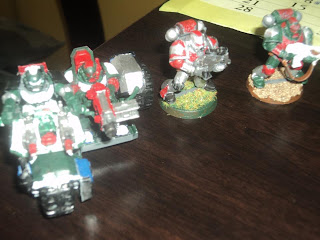 i love warhammer, heres some dark angles i painted a while ago. i just bought some grey knights,paint them some time soon to.